Fort Aguada
Standing on the crumbling ramparts of what was once the most formidable and impregnable of the Portuguese forts in India, one looks out at a panoramic ocean vista, witnessing the confluence of the Mandovi River and Arabian Sea, over which the fort has kept watch for more than four hundred years.

This is so majestic a sight that it is easy to picture a Portuguese galleon or carrack on the horizon, on the last leg of its arduous voyage from far off Portugal around the Cape of Good Hope, finally able to make safe harbour and replenish its supplies.

Timings
The Fort Aguada is open all days of the week from 9.30am to 6.00pm

Location
This fort is located on the Aguada-Siolim Road in Sinquerim (Candolim, Goa). There are two options to reach the hilltop fort. The 4 km long road from Sinquerim beach is used by motor vehicles. The other is a shorter 2 km foot path, but it should be noted that it is a steep climb.

History
The Aguada fort is a monument to Portuguese construction and engineering. Although parts of it have fallen to the ravages of time, much of it is intact and it remains the best preserved Portuguese fort in India today. Built over three years from 1609 to 1612, it once defended the Portuguese stronghold against Dutch and Maratha invaders.

It is named for the fresh water spring that gives the fort a constant supply of potable water, ‘agua’ being the Portuguese word for water and ‘Aguada’ signifying a place where water is collected. So well built and fiercely armed was this fort that it has never fallen into enemy hands.  Read more +

Architecture
Fort Aguada is a typical example of Portuguese military architecture. Built of durable laterite stone, so easily available all over Goa, its massive bulwarks which stand fully 5 metres high and 1.3 metres thick, have stood the test of time, lashed as they are by fierce monsoon storms and winds. The fort covers the entirety of the peninsula, and is built using the natural terrain in order to make it more difficult for its walls to be breached.

In addition to an enormous cistern in which over 2,000,000 gallons of water could be stored, the fort also contained a formidable citadel, secret passageways and the capacity for up to 200 canons.  Read more +

Aguada Lighthouse
The Aguada fort also numbers among its splendours a four storeyed lighthouse. This lighthouse was built in 1864 and is the oldest of its kind in Asia. It once used oil lamps to emit a beacon of light once every seven minutes, which was later upgraded to emit light every 30 seconds.

Although this lighthouse fell into disuse in 1976 and is most often closed to the public, there is a new lighthouse built closer to the edge of the cliff, called the Aguada Lighthouse and DGPS. One can, for a small fee, climb the steps of the lighthouse and enjoy the view of the areas surrounding the fort. Photography and videography are allowed.  Read more +

Aguada Jail
Part of the fort has been converted into the Aguada Jail, which mainly houses those accused of narcotics, sale of drugs and trafficking. This is one of the largest jails in Goa, and since it is very much in use, is closed to members of the public.  Read more +

The Fort Today
The hilltop fort, though only a fraction of the original area of the fort is a popular tourist spot, especially to watch the sun set. To reach the hilltop fort there is a winding 4 km road that heads east from Sinquerim beach, alternately there is steep 2 km walking path that starts just near the Marbella guest house. Some, however, choose instead to walk out to the sea level fort walls, along the road past the Taj hotel.

No visit to the Fort is complete without a visit to the Church of St. Lawrence, patron saint of sailors. Built just on the outskirts of fort, this was one of the tactics used by the Portuguese to prevent their bastions from being fired upon at close range.

The Taj Aguada hotel now stands within the fort walls. A luxurious hotel on 88 sq km of beachfront property, it has been host to many Bollywood movie shoots, which make it instantly recognizable. 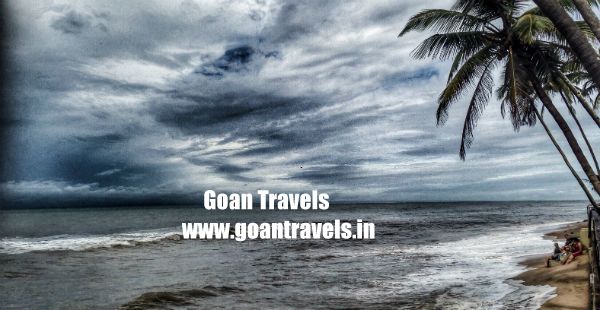