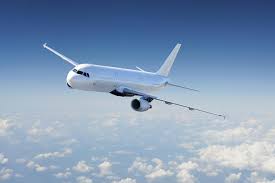 Goa is well connected by airline services to most major cities in India. All flights, national and international, to and from Goa, operate from the Goa Airport at Dabolim near the port town of Vasco-da-Gama.

Travel By PlaneThe airport is about 30 kms from the capital city of Panaji and is owned by the Indian Navy. Major airline operators such as

Air India,  Jet Airways, Spice Jet, Go Air, Jet Lite & Indigo have flights carrying passengers and cargo in and out of Goa. Besides these, a number of chartered flights land in Goa from UK and other European countries. The national airline Air India also lands a few international flights, especially from the Gulf countries.  Besides  Air India,  Air Arabia and Qatar Airways also operate international flights to Goa.

Most of the local airlines have a contact phone number in the city as well as at the airport where the latest information about flight status is always available. The list of phone numbers is available in the travel services section of the website.

It is advisable to book your tickets well in advance, especially during the high peak tourist season of October to January when most flights run full. It is also essential to re-confirm your flight timings at least 24 hours before departure.

Most major international airlines usually have agreements with one or more of their domestic counterparts in India, so if you are arriving from abroad it is possible to book your onward domestic flight at the same time as you pay for your international ticket.